A CLOSER LOOK AT THE BENEFITS OF GLUTATHIONE SUPPLEMENTATION 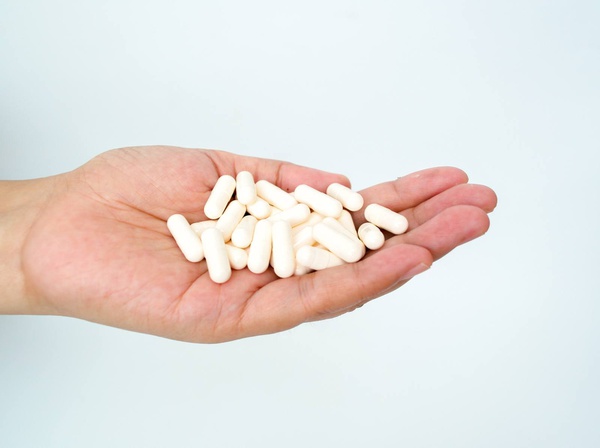 Over the last few years, glutathione supplements have been appearing on store shelves and health food websites, raising questions among patients and clinicians alike about the potential benefits of glutathione supplementation. Whenever a hot new supplement like glutathione hits the market, it is important to consider the rigorous research behind the use of the compound for health purposes before jumping on the bandwagon. For glutathione, a relative abundance of in vitro research provides a strong foundation of information about the compound’s broad role in improving human health, and several recent studies have supported the effectiveness of taking it in supplemental form. While there is still a relative lack of large-scale clinical studies on the benefits of glutathione for treating specific health problems, early studies suggest that it may aid in the prevention and/or management of a wide variety of serious conditions, ranging from neurological diseases to aging skin.

The Basics of Glutathione: Structure and Physiological Activities

Glutathione is a low-molecular-weight, water-soluble tripeptide consisting of three amino acids: glycine, cysteine, and glutamic acid. It exists in two forms: the reduced form (GSH) and the oxidized form (GSSG), and the ratio between these two forms determines the cell’s redox status—that is, its capacity for antioxidation. Although many patients may not have heard about glutathione until recently, it is actually one of the most abundant compounds in cells; under normal conditions, the concentration of glutathione is comparable to that of glucose, potassium, and cholesterol, a fact that highlights its importance in supporting healthy cell function.

Over the last few decades, in vitro research on glutathione has indicated that it plays a variety of critical roles in cellular function, primarily through its activities as an antioxidant. Glutathione directly neutralizes several different types of free radicals that cause cellular and tissue damage, including singlet oxygen radicals, hydroxyl radicals, and superoxide radicals. It also plays a detoxifying role in the body by neutralizing the free radicals that are produced during the first phase of liver metabolism. Importantly, these antioxidant activities do not just occur in the cytosol; they are also crucial to the functioning of mitochondria (organelles involved primarily in cell energy generation) and the protection of mitochondrial DNA from damage. This key connection between glutathione and mitochondrial function is significant because of the importance of the mitochondria in cellular longevity and metabolism—two crucial aspects of health maintenance.

Glutathione is also involved in detoxification processes. For instance, in the second phase of liver metabolism, glutathione is required for the conjugation of toxic intermediates, rendering them water-soluble enough for excretion by the kidneys. Another detoxifying activity of glutathione is the removal of mercury from cells throughout the body, including neurons in the brain. There is also evidence from in vitro studies that glutathione may aid in detoxification processes after overexposure to toxic chemicals like paraquat, iron, and hydrogen peroxide.

Finally, glutathione has been implicated as a possible regulator of cell proliferation and apoptosis, suggesting that the compound may have significant anticarcinogenic effects. As early as the mid-1990’s, scientists recognized that glutathione had anticancer properties, and in vitro research highlighted some of the molecular mechanisms through which this role may be mediated. Specifically, glutathione impacts the expression levels of p53, a protein with connections to multiple cancer-related cell-signaling pathways. It is also associated with the inhibition of tumor angiogenesis. Based on these observations, glutathione is now considered a promising all-natural candidate for cancer prevention and/or treatment.

The Effectiveness of Glutathione Supplementation

Clearly, there is a wide range of benefits of glutathione for individual cells the body as a whole. However, as with any compound, patients and practitioners must recognize that taking a supplement may not necessarily have clinically relevant benefits. Excitingly, with glutathione, the early evidence suggests that taking glutathione in supplemental form can have a positive effect on overall patient health.

Opportunities for Future Research on the Benefits of Glutathione

Because of the well-documented antioxidant, detoxifying, and other cell regulatory activities of glutathione, there is growing interest within the research community to explore the effectiveness of the compound as a supplement for the management and treatment of specific health conditions, as well as the supplement’s potential as a promoter of general wellness. Here are a few of the most promising findings:

As researchers continue to call for more comprehensive clinical trials on the potential health benefits of glutathione, patients and practitioners more fully discover how to harness the wide-ranging activities of this unique compound to improve health outcomes. Even now, it is possible to take advantage of the existing research to explore the possible benefits of glutathione supplementation for individual patients, which can increase the body of anecdotal evidence and motivate more glutathione research in the future.

Back to all items

Sign up and you will be the first to know the latest news, insider-only info, and more.