How do dermarollers work? 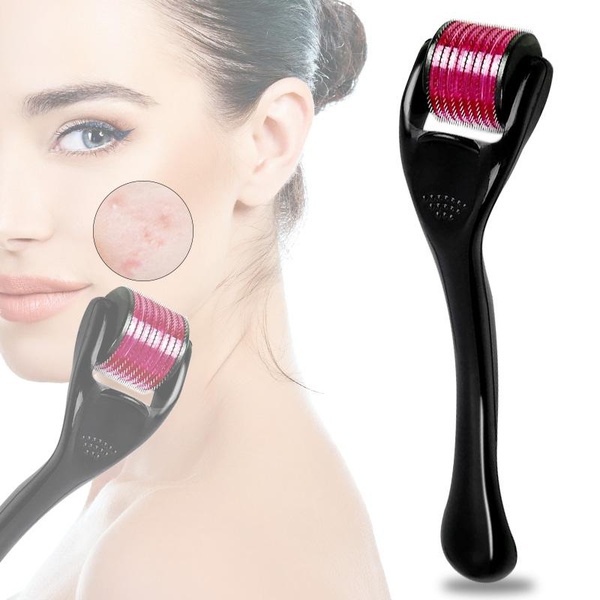 A dermaroller is a skin care device used to help rejuvenate the skin, treat acne scarring, and reduce signs of aging. But how does dermarolling work?

Dermarolling or microneedling is a process that was originally carried out by a dermatologist. Nowadays, it is also commonly done at home with little training. It has gained popularity in recent years as an accessible, effective, and relatively non-invasive skin treatment.

This article explores how dermarollers work and how to use one. It also offers tips for getting the best results.

What is a dermaroller?

Dermarollers are used to treat a range of skin conditions, including acne.

A dermaroller is a skin care device. On one end is a handle and on the other is a roller with lots of small, fine needles on its surface.

As this 2009 review explains, dermarollers were invented through a series of discoveries. Two independent studies in the 1990s explored the use of needles to treat scar tissue. But it was not until 2005 that the first study reported the use of a dermaroller.

There are a number of different brands of dermaroller available, and they are considered to be relatively inexpensive.

It is important to purchase one from a trusted retailer and to make sure that it is sterile before it is used.

When the dermaroller is rolled over the skin, the small, fine needles on the roller puncture the skin.

The holes that the needles create in the skin are tiny and considered to be superficial. For this reason, the treatment is not seen as invasive.

When the skin is punctured, this creates a controlled skin injury. It does not cause actual damage to the outer layer of skin. The needles help to break down any scar tissue.

As this 2016 study  of the technique explains, the controlled injuries to the skin lead to superficial bleeding. This triggers the body’s wound healing response, and the following occurs:

Over the next 5 days, the collagen produced by the body is deposited in the area of treated skin. This helps the skin to become firmer and may reduce the appearance of fine wrinkles.

Uses of a dermaroller

While dermarollers were originally used by dermatologists, some are now available to buy for home use.

Dermarolling was originally used by dermatologists as a way of boosting collagen production for treating facial scars and skin rejuvenation.

It is now also used as a way to deliver therapeutic drugs and vaccines through the skin.

In addition, it has gained popularity as a home treatment to improve the appearance of the skin. Many people use it to try to combat the signs of aging, such as:

Some people also use it to try to reduce pore size or reduce the production of an oil called sebum if their skin is oily. Others try dermarollers to try to improve the appearance of stretch marks.

How to use one

If using a dermaroller at home, a person should follow the steps described here:

When using the dermaroller on the face, a person should treat five sections of the face in turn. These sections are:

After using the dermaroller, a person can apply serums or moisturizers to their skin. The treatment is often used as a delivery system to maximize the effects of these lotions.

It is thought that these applications are absorbed much more easily and deeply by skin treated by a dermaroller than untreated skin.

People should avoid a dermaroller if they have a history of blood-clotting problems, or are using accutane or other medical treatments.

Dermarollers should not be used on areas of skin that have eczema, sunburn, or cold sores. Anywhere there are moles, skin inflammation, or rosacea should also be avoided.

Trying the following tips and best practices may help to improve a person’s derma rolling results:

Back to all items

Sign up and you will be the first to know the latest news, insider-only info, and more.